Writing a Novel as a Pilgrimage?

Have you ever taken a pilgrimage? 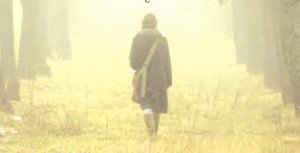 The difference between wanting to write and having written is one year of hard, relentless labour. It’s a bridge you have to build all by yourself, all alone, all through the night, while the world goes about its business without giving a damn. The only way of making this perilous passage is by looking at it as a pilgrimage.– Shatrujeet Nath

Some of you may have noticed that I haven’t been posting much on my blog for the last few months. This is because I have been finishing up the sequel to The Secret Sense of Wildflower, entitled Lily’s Song. I started writing this sequel 14 months ago and last week put on the final touches before giving it to my First Readers (the precious handful of people that I entrust to give me feedback).

Once I handed off the manuscript, I realized how exhausted I was. Mentally, creatively, spiritually, physically, emotionally. I have been resting up–recovering from what feels like a long journey. A pilgrimage that I chose to make, and with only the best intentions, yet didn’t expect to be so difficult. After all, I’ve done this particular journey many times. But I think I had more invested with this particular project. I wanted to give the continuation of Wildflower’s story the passion it deserved. I also wanted to give readers who have taken the time to email me and review the book, the things they asked for and wanted more of.

In the following weeks, I hope to return to blogging with some consistency. In the meantime, I offer you these words from Sylvia Boorstein, with pilgrimage in mind:

May you be safe.

May you be strong.

May your life be filled with ease.

The Secret to Writing a Novel