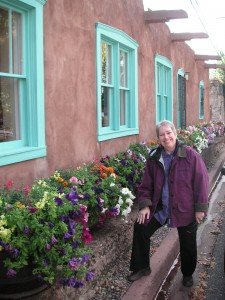 Amazon and Nook #1 bestselling author Susan Gabriel grew up in the archetypal American South, playing in the shade of mimosa trees and catching lightning bugs as the heat waned on long summer evenings.

In Charleston, SC, Susan was a professional flutist playing at the famous Piccolo Spoleto festival, as well as many private gigs in historic homes and sailboats. She completed a degree in counseling, in part to understand the wide array of characters in her Appalachian gene pool, and became a marriage and family therapist. Susan was the founder of the Women’s Center in Charleston, South Carolina, which still provides services to women over twenty-five years later.

Susan answered the long-time call to writing, closed her successful counseling practice, and moved with her daughters to Asheville, North Carolina. She simplified her life and took part-time jobs in order to focus the main portion of her day on writing. She worked at a copy shop, made gourmet dog biscuits, cashiered at a home-improvement megastore, and did freelance editing. Twenty years later she is still writing, now full-time.

Susan’s first novel, Seeking Sara Summers, the transformative story of a mid-life woman, was published in 2008. Her second novel, The Secret Sense of Wildflower, the story of a precocious adolescent grieving for her father in 1941 Tennessee, was published in 2012 and earned a starred review (for books of remarkable merit) from the esteemed reviewer, Kirkus Reviews, and was named one of their Best Books of 2012. Temple Secrets, a rollicking southern gothic family saga set in Savannah, Georgia was published in 2015 and Lily’s Song, the sequel to The Secret Sense of Wildflower, came out in 2016. It continues the story of Wildflower 14 years later, now with her daughter, Lily. Discover all of Susan’s books here. Susan’s Amazon author page is here.