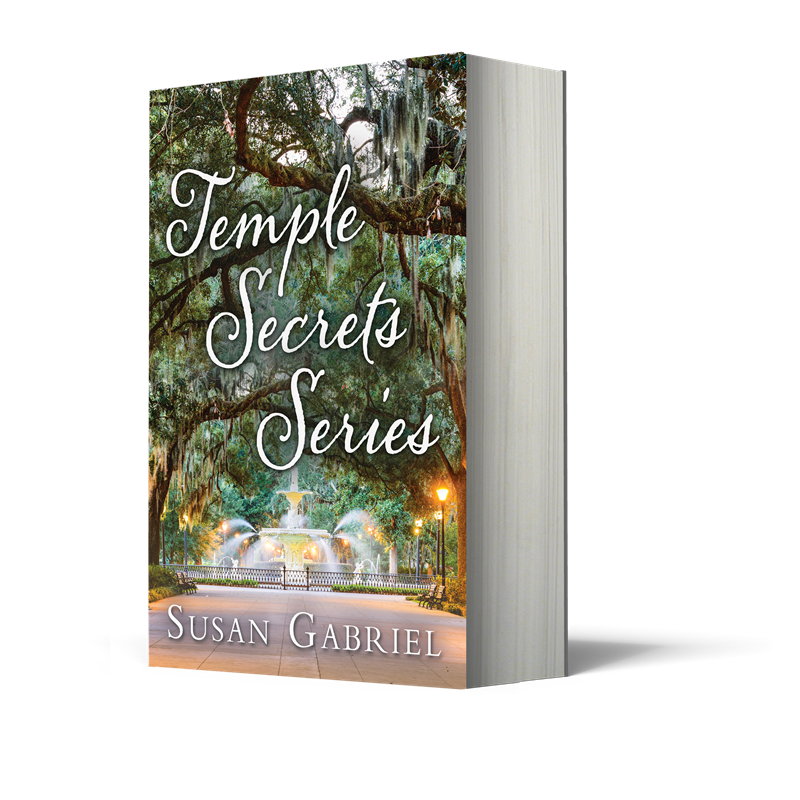 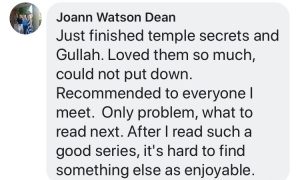 A town held together with secrets. A wealthy widow looking for an heir. One choice could shame high society into submission.

Eighty-year-old Southern aristocrat Iris Temple’s health may be failing, but her wit is as sharp as ever. Before she joins her ancestral ghosts, she must pick an heir to take over her sprawling estate—and the book of secrets that’s kept her family in power for generations. But between her scheming son, her estranged daughter who abandoned Savannah years ago, and her illegitimate half-sister, she’s working with slim pickings.

A family legacy in danger. A stranger in their midst. Do they have the strength to survive the gathering storm of secrets?

For the Temple women, the winds of change are blowing. And if they’re not careful, it could sweep them all away…

After rising from Temple servant to tea shop owner, Violet finally feels in charge of her destiny. While learning Gullah folk magic from her aging grandmother, she worries much of her cultural heritage will be lost to the grave. Is there enough time for Old Sally to pass down all her special wisdom?

Bride-to-be Queenie has never felt younger at heart. Engaged to the man of her dreams, the feisty sixty-year-old won’t let anything ruin her big day—not even ancestral ghosts or a mysterious wedding crasher.

Rose’s southern roots run deep. Even after three decades away, she can still feel the shadow of her deceased high-society mother watching her every move. Can she shake her ghost and find a place among her family?

With a storm of trouble brewing across the island, the Temple women will have to survive more than a force of nature to put their ghosts to rest…

Gullah Secrets is the sequel to the bestselling novel Temple Secrets. If you like Southern gothic literature, characters you won’t want to close the cover on, and locations steeped in history, then you’ll love this hilarious and warmhearted saga.

“The secrets and lies of Savannah, Georgia’s upper crust come to light in Gabriel’s Southern Gothic novel. Gabriel unfolds her story deftly, with well-paced revelations about the complicated relationships between the mansion’s white and black inhabitants Gabriel also evokes the Spanish moss covered atmosphere of ghost-filled Savannah, and the Temple mansion in particular, with satisfying spookiness.The author’s thoughtfulness about masters and slaves, employers and servants, and family relations also contributes to a satisfying read. Savannah’s atmosphere, culture, and history flavor this engaging tale of intertwined families.” —Kirkus Reviews

“I loved this book! I have lived in Savannah for 25 years and you are spot on with your characters and the flavor of Savannah. Thank you for writing it and I look forward to reading your other books.” — Linda Farley

Go here to be notified when Susan’s latest book is published.