Do you love the spoken word?

Audiobooks are great for listening to when commuting, exercising, walking, or when you are just in the mood to listen to a story (nothing beats it!). Most of Susan’s books are narrated by the amazing actor Holly Adams. 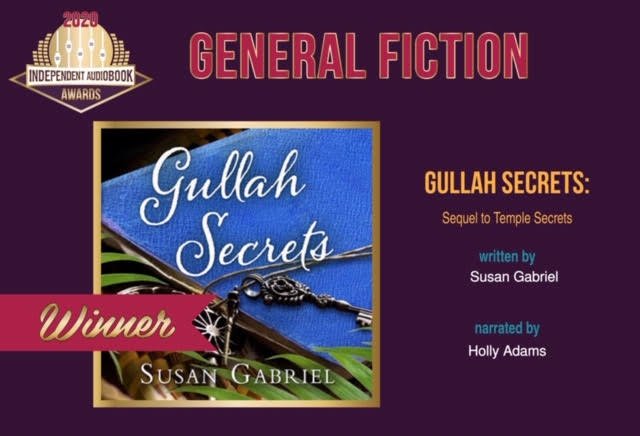 Holly Adams did a phenomenal job narrating the novel!

A town held together with secrets. A wealthy widow looking for an heir. One choice could shame high society into submission.

Eighty-year-old Southern aristocrat Iris Temple’s health may be failing, but her wit is as sharp as ever. Before she joins her ancestral ghosts, she must pick an heir to take over her sprawling estate–and the book of secrets that’s kept her family in power for generations. But between her scheming son, her estranged daughter who abandoned Savannah years ago and her illegitimate half-sister, she’s working with slim pickings. 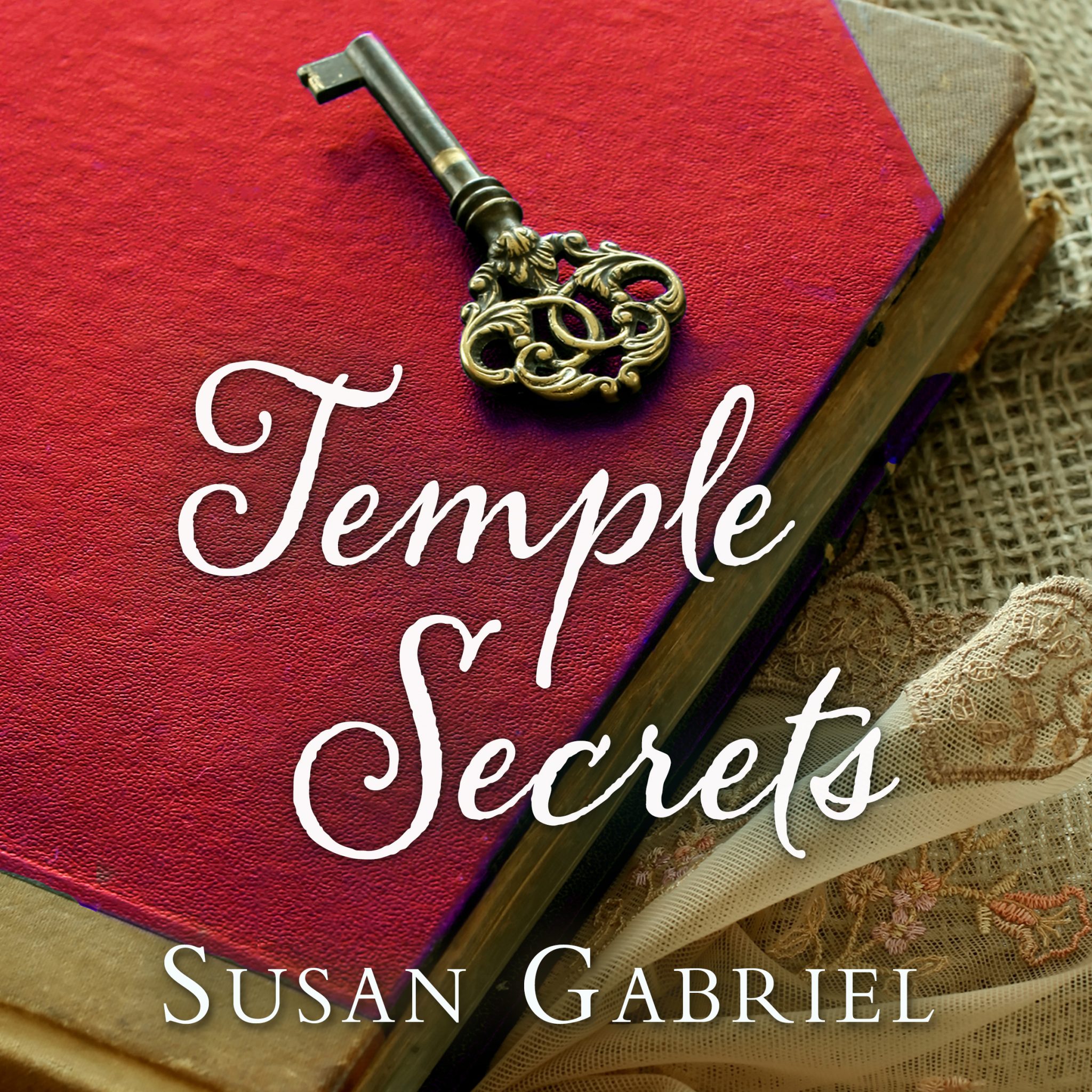 Temple Secrets got me through mowing 8 acres yesterday! I was listening to it on Audible, and I’m sure people wondered what the cackling old broad on the mower was laughing about!! 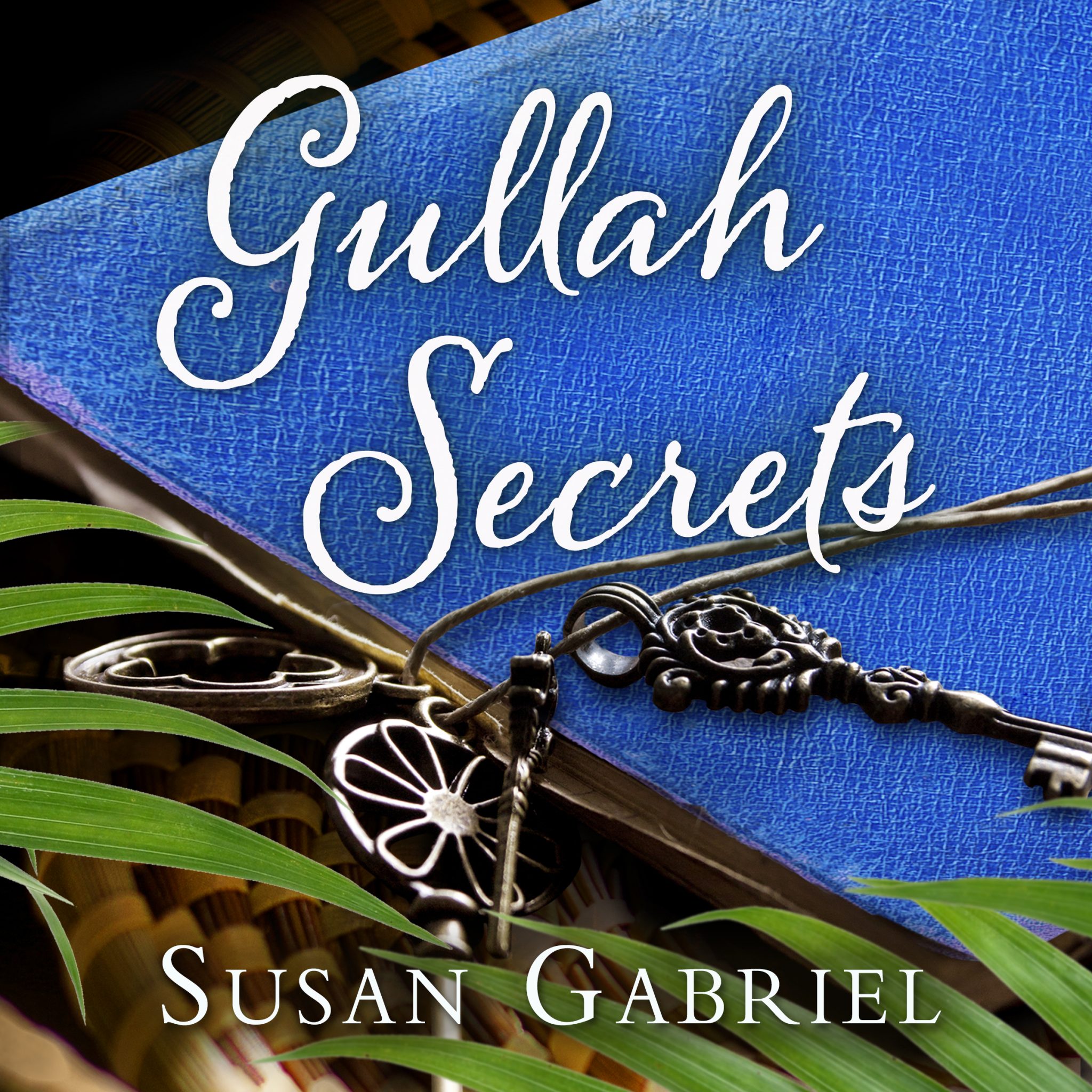 A family legacy in danger. A stranger in their midst. Do they have the strength to survive the gathering storm of secrets?

For the Temple women, the winds of change are blowing. And if they’re not careful, it could sweep them all away!

Also on Audible and iTunes. 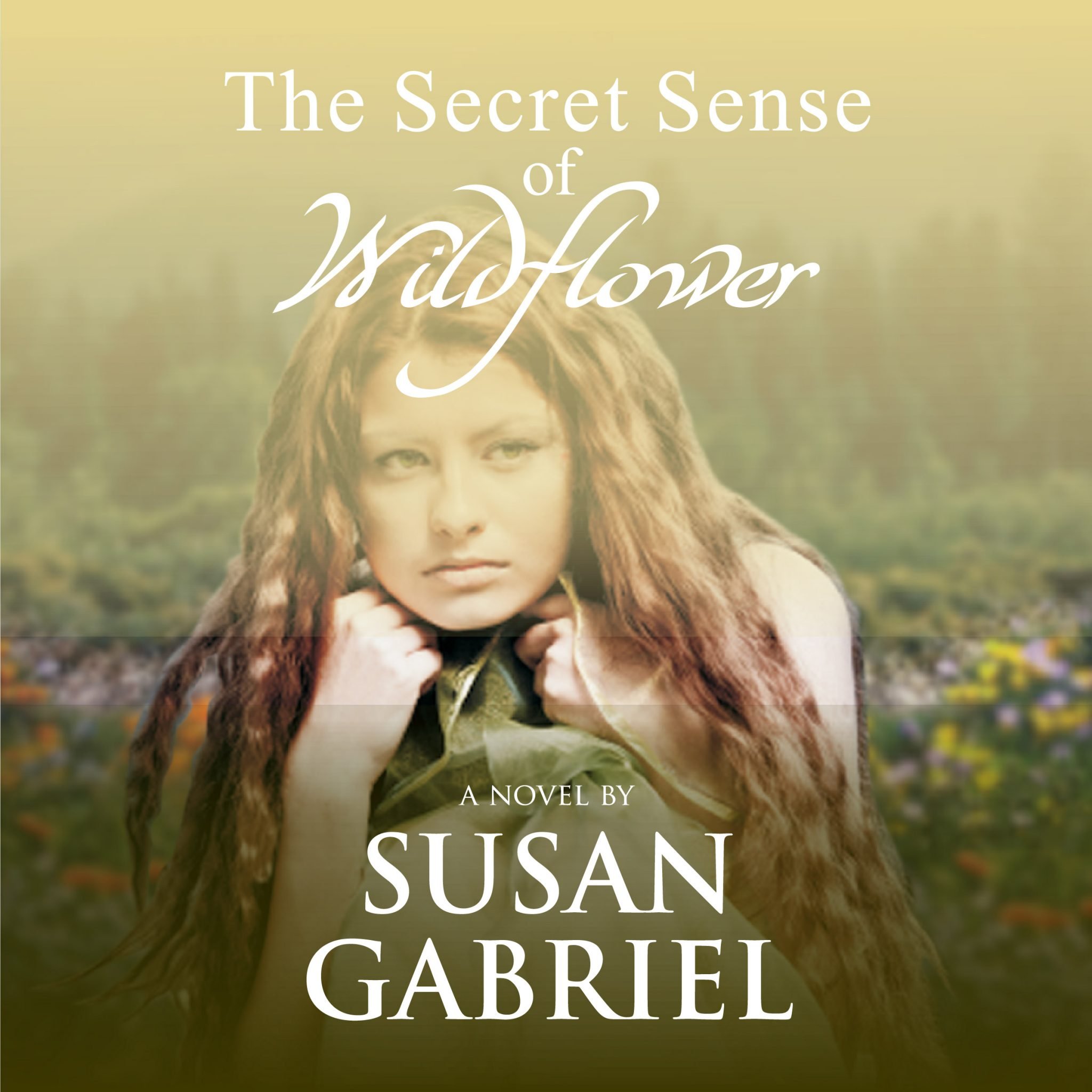 “In this novel, life turns toward a dark horizon for a precocious adolescent grieving for her father in 1941 Tennessee.

“It’s difficult to harbor secrets in a rural mountain town of maybe 80 souls, especially when adult siblings live within spitting distance of the family home. Most of the townsmen work at the sawmill, and most of the young women have been harassed at one time or another by creepy Johnny Monroe. But Louisa May McAllister, nicknamed Wildflower, knows that revealing her frequent forays to the cemetery, where she talks to her beloved late father, would only rile her embittered mother. She also knows to hide her secret sense, as it would evoke scorn from all save eccentric Aunt Sadie, who shares her tomboy niece’s gift.

“Those secrets come at a cost when, on one of her graveyard visits, Louisa May ignores her premonition of danger. The consequences – somewhat expected yet still horrific – are buffered by the visions into which the 13-year-old escapes. Sharp-witted, strong, curious and distrustful of authority figures not living up to her standards – including God – Louisa May immerses us in her world with astute observations and wonderfully turned phrases, with nary a cliche to be found. She could be an adolescent Scout Finch, had Scout’s father died unexpectedly and her life taken a bad turn.

“Though her story is full of pathos and loss, her sorrow is genuine and refreshingly free of self-pity. She accepts that she and her mother are like vinegar and soda, always reacting, that her best friend has grown distant, and that despite the preacher’s condemnation, a young suicide victim should be sent to the head of heaven’s line. Her connection to the land – a presence as vividly portrayed as any character -makes her compassionate but tough; she’s as willing to see trees as angels as she is to join her brothers-in-law in seeking revenge. By necessity, Louisa May grows up quickly, but by her secret sense, she also understands forgiveness. A quietly powerful story, at times harrowing but ultimately a joy to read.”

The worlds of family, friendship, mourning, and love are explored in this moving, often humorous, novel about healing and hope. A character-driven novel reminiscent of the work of Reynolds Price in its ability to create a truly original Southern voice, The Secret Sense of Wildflower is certain to be embraced by fans of Sue Monk Kidd (The Secret Life of Bees) and Harper Lee (To Kill A Mockingbird). 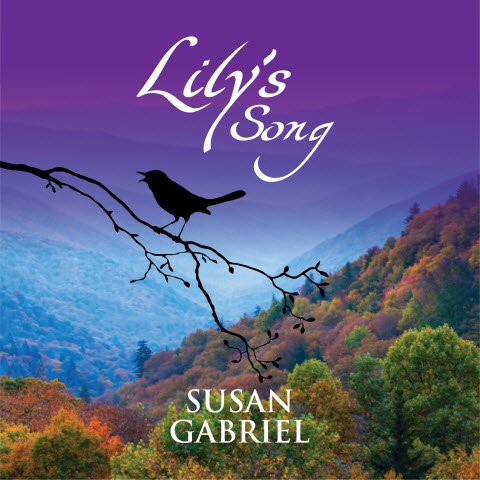 Sequel to The Secret Sense of Wildflower

In Lily’s Song, a mother’s secrets, a daughter’s dream, and a family’s loyalty are masterfully interwoven in this much-anticipated sequel to Amazon and Nook #1 bestseller The Secret Sense of Wildflower. “Wildflower” McAllister’s daughter, Lily, now 14, struggles with her mother’s reluctance to tell her who her father is. When a stranger appears on the family doorstep, drunk and evoking ghosts from the past, it threatens to break the close-knit McAllister family apart.

Meanwhile, Wildflower has a deep secret of her own. When Lily discovers it by accident, it changes everything she thought she knew about her mother. The events that follow silence the singing she dreamed of sharing with the world.

With her signature metaphors, Gabriel weaves a compelling tale that captures the resilience and strength of both mother and daughter, as secrets revealed test their strong bond and ultimately change their lives forever.

Set in 1956 southern Appalachia, Lily’s Song stands on its own, and readers who are new to Gabriel will be drawn into the world she so skillfully depicts. As a sequel, it will captivate fans of The Secret Sense of Wildflower (a Kirkus Reviews Best Book of 2012), who have eagerly awaited more.

Also on Amazon or iTunes.

In this elegant love story with a uniquely twenty-first-century twist, the reader is taken on a journey into the soul of relationship. Sara Summers Stanton has raised a family but her 25-year marriage is showing cracks in the facade and now she’s dealing with breast cancer.

In a rare moment of taking care of herself instead of everyone else, Sara takes a sabbatical and goes on the trip to Italy she has always dreamed of taking. This search for a more authentic life leads to Julia, a friend she hasn’t seen since they were inseparable as girls, nearly 30 years earlier. In Florence they reunite and their friendship continues where it left off. An unexpected attraction to one another threatens to turn Sara’s already shaky world upside down.

Sara’s inner conflict and subsequent choices reveal an unpredictable yet dynamic future for everyone affected. An emotional and lyrical novel, Seeking Sara Summers is a timeless story about commitment, transformation and love. 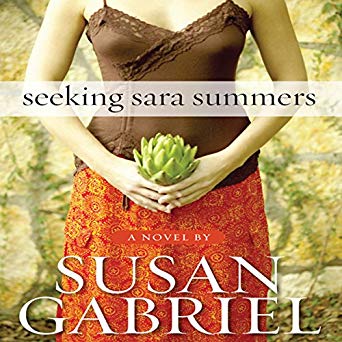 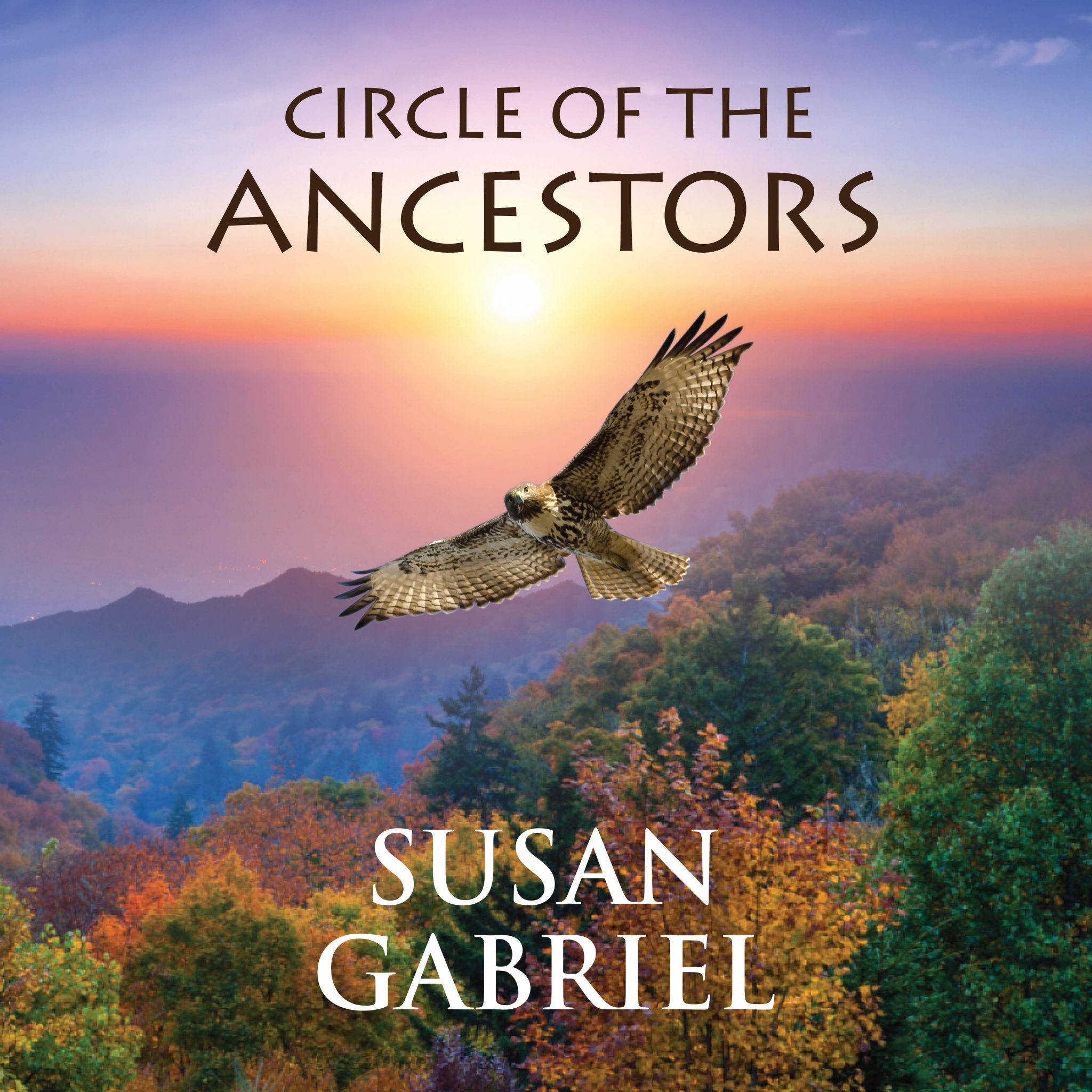 Circle of the Ancestors

Finding a rare treasure brings trouble and transformation to a coming-of-age boy in this novel by Amazon #1 bestselling southern author Susan Gabriel.

Thirteen-year-old Sam lives on a reservation in North Carolina with his beloved grandmother who teaches him the Cherokee ways. To honor his ancestors, Sam hikes to a nearby sacred mountain where he encounters a red-tailed hawk and has a life-threatening fall off a steep trail. Bruised and shaken, he lands at the roots of an ancient oak tree where he discovers, tangled in the roots, an extremely rare star ruby.

When news of the ruby gets out, he confronts bullies and thieves before connecting with a renowned gemstone expert to determine the ruby’s value. In the meantime, Sam calls on his circle of ancestors to help him decide the fate of his treasure. Their message takes him far beyond the boundaries of his home where he will discover if the ruby is a blessing or a curse.

Also on iTunes and Amazon.

Quentin and the Cave Boy

The STONE Age meets the TEENage! Quentin Moss is an average 13-year-old boy with an anything-but-average problem: the cave boy he dreamed about last night has shown up, alive and smelly, in his bedroom. As past and present collide with comic consequences, Quentin must hide the secret identity of his new friend who is fascinated by zippers and loves to flush the toilet over and over again. Before the day is over, Quentin and his best friend, Buzz, have to find a way to help the homesick cave boy get back to his home thousands of years in the past. But first, they have to get through the school day.  Quentin may not be the cutest, smartest guy in school, but the way he deals with the greatest adventure of his life will have readers of all ages laughing out loud. 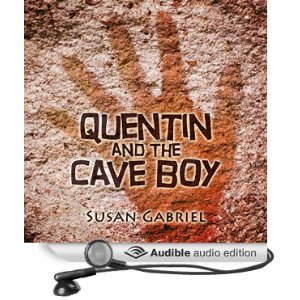