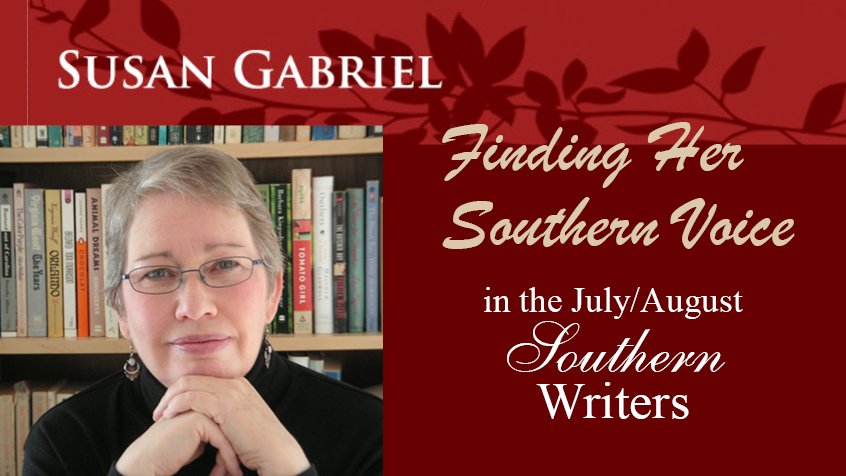 In my last blog post I told you about my interview in Southern Writers, the July/August anniversary issue of the magazine, and shared with you the first question I was asked on the interview.

Below is the second question I was asked, followed by my answer. At this point, most of my stories take place in the southeastern United States (mountain settings, as well as coastal, since I’ve lived in both). I was born and raised in Knoxville, Tennessee and now live in the mountains of North Carolina, so I am considered a “southern” writer. Although I’ve run from that label in the past, in the last few years I have embraced it.

SW: What do you think makes stories about Southerners so interesting to read?

Me: In southern fiction, not only are the characters quirky and sometimes bigger than life, but they are also grounded in the landscape and a sense of place. Throw in a crackpot, an old wise woman and a preacher and readers love it even more. But we southerners love our countryside.

We have a different rhythm here in the South. It is the rhythm of cicadas, mountain streams and sea breezes. It is the rhythm of weary travelers seeking out a welcoming front porch to converse with the locals and the land, to ponder their purpose on earth, and their place.

We also have secrets here. Delicious ones. Destructive ones. Redeeming ones. It was Flannery O’Connor who said the South was Christ-haunted. After living here for over 50 years, I tend to agree, and would add Civil War-haunted as a possibility, too.

I lived in Charleston SC for many years, and the heart of town is The Market (as in, the old slave market). Sitting in the middle of all that history are these beautiful African-American women weaving sweetgrass baskets, as if they’ve been sitting there for the last hundred years. The past is still alive in Charleston, and perhaps it is still alive everywhere in the South.

[The novel I’m finishing up now takes place in Charleston in 1964 and one of those lovely basket-makers is a secondary character. I love exploring the past through the eyes of a character. The working title is The Trueluck Rebellion, and I hope to release it by the end of this year.]

Charleston has its fair share of ghosts, too. Confederate soldiers rattle around in the attics of old mansions. Churches and cemeteries have their spirits, as well. You can take more than one ghost tour when visiting.

My novel, Temple Secrets, sprang from something a friend told me 25 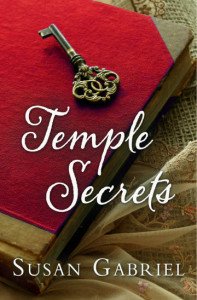 years ago. She moved to an old house South of Broad Street (the most historic section of town), and while living there she heard from her neighbors that many of the housekeepers who worked there were the descendants of slaves who had worked for the ancestors of these same white families. What must it be like to know that your ancestors were slaves owned by the same family that you currently work for?

This fascinated me. I wasn’t even writing then, but somehow I knew I would explore that idea later. That’s what Temple Secrets is all about: how the past is still alive in the present day, ghosts are a fact of life, and how secrets can be kept alive for generations.

Stay tuned for Part 3 of my interview in Southern Writers. Comments? Questions? As always, I thank you for reading. xo