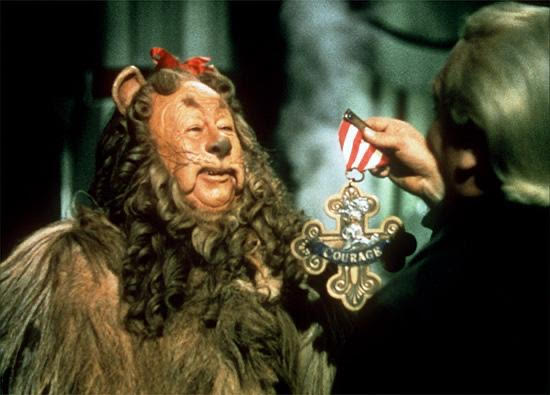 What is the most courageous thing you’ve done lately?

Courage is relative. It depends on the person and the situation. It may even depend on your time of life.

I’ve collected 20 of my favorite quotes about courage—from fictional characters to real people—to give you some things to ponder when thinking about your own courage. Maybe you are braver than you think.

“Being deeply loved by someone gives you strength, while loving someone deeply gives you courage.”
—Lao Tzu

“Success is not final, failure is not fatal: it is the courage to continue that counts.”
—Winston S. Churchill

“It takes courage to grow up and become who you really are.”
—e. e. Cummings

“I wanted you to see what real courage is, instead of getting the idea that courage is a man with a gun in his hand. It’s when you know you’re licked before you begin, but you begin anyway and see it through no matter what.”
—Atticus Finch
Harper Lee, To Kill a Mockingbird

“The most courageous act is still to think for yourself. Aloud.”
—Coco Chanel

“Courage is the most important of all the virtues because without courage, you can’t practice any other virtue consistently.“
—Maya Angelou

“Above all, be the heroine of your life, not the victim.”
—Nora Ephron

“You cannot swim for new horizons until you have courage to lose sight of the shore.”
—William Faulkner

“Don’t be afraid of your fears. They’re not there to scare you. They’re there to let you know that something is worth it.”
—C. JoyBell C.

“Confront the dark parts of yourself, and work to banish them with illumination and forgiveness. Your willingness to wrestle with your demons will cause your angels to sing.”
—August Wilson

“Courage is resistance to fear, mastery of fear – not absence of fear.”
—Mark Twain

“When we least expect it, life sets us a challenge to test our courage and willingness to change; at such a moment, there is no point in pretending that nothing has happened or in saying that we are not yet ready. The challenge will not wait. Life does not look back. A week is more than enough time for us to decide whether or not to accept our destiny.”
—Paulo Coelho

“There are so many ways to be brave in this world. Sometimes bravery involves laying down your life for something bigger than yourself, or for someone else. Sometimes it involves giving up everything you have ever known, or everyone you have ever loved, for the sake of something greater.

“But sometimes it doesn’t.

“Sometimes it is nothing more than gritting your teeth through pain, and the work of every day, the slow walk toward a better life.

“That is the sort of bravery I must have now.”
—Veronica Roth (the Divergent series)

“Whatever you do, you need courage. Whatever course you decide upon, there is always someone to tell you that you are wrong. There are always difficulties arising that tempt you to believe your critics are right. To map out a course of action and follow it to an end requires some of the same courage that a soldier needs. Peace has its victories, but it takes brave men and women to win them.”
—Ralph Waldo Emerson

“Some people believe holding on and hanging in there are signs of great strength. However, there are times when it takes much more strength to know when to let go and then do it.”
—Ann Landers

“At times the world may seem an unfriendly and sinister place, but believe that there is much more good in it than bad. All you have to do is look hard enough and what might seem to be a series of unfortunate events may in fact be the first steps of a journey.”
—Lemony Snicket

Do you have a favorite quote?

Please send courage to the brave souls impacted by Hurricane Laura, as well as the people dealing personally with Covid-19.

Be safe. Be kind. Be courageous.

You can read the previous dispatch here.