The pursuit of anything meaningful in our lives requires persistence, especially our creative endeavors. I have been writing for 22 years and have published several novels, three of them bestsellers on Amazon and Nook. A large part of my success as a writer can be summed up in one word:

I’m not sure why I am able to persist when others have not. Maybe being obstinate is a good thing. Maybe my belief in myself–that I have something to say–is just enough to keep me going. Maybe I know I will always have regrets if I don’t persist. Maybe it is fear that drives me, in addition to love for the craft of writing stories. Perhaps persistence is made up of several small things.

One thing that has stayed consistent over the last couple of decades while I’ve grown and lived into my writing career has been my collection of quotes that I look at whenever I feel discouraged. I guess it’s my way of standing on the shoulders of giants. With that in mind I offer you my

When you get into a tight place and everything goes against you, till it seems as though you could not hang on a minute longer, never give up then, for that is just the place and time that the tide will turn.

Courage is the most important of all the virtues because without courage, you can’t practice any other virtue consistently.  –Maya Angelou

If we are facing in the right direction, all we have to do is keep on walking.  –Buddhist Saying

Life is not about how fast you run or how high you climb but how well you bounce.  –Vivian Komori

Bear in mind, if you are going to amount to anything, that your success does not depend upon the brilliancy and the impetuosity with which you take told, but upon the everlasting and sanctified bull-doggedness with which you hang on after you have taken hold. –A.B. Meldrum 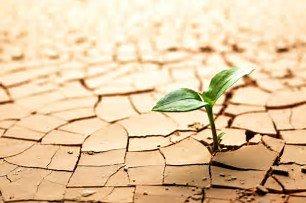 Courage does not always roar. Sometimes courage is the quiet voice at the end of the day saying: ‘I will try again tomorrow.’  –Mary Anne Radmacher

Nothing in the world can take the place of persistence. Talent will not; nothing is more common than unsuccessful men with talent. Genius will not; unrewarded genius is almost a proverb. Education will not; the world is full of educated failures. Persistence and determination alone are omnipotent. –Calvin Coolidge

First forget inspiration. Habit is more dependable. Habit will sustain you whether you’re inspired or not. Habit will help you finish and polish your stories. Inspiration won’t. Habit is persistence in practice. 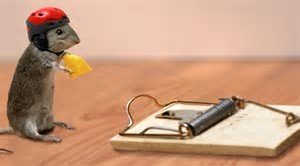 What do you think of these quotes about persistence? Do you have a favorite? Or are there others you might add? I love hearing from readers so feel free to comment. xo

P.S. Please consider joining me on my Facebook Author Page.

Susan Gabriel is an acclaimed southern author who lives in the mountains of Western North Carolina. Her novels, The Secret Sense of Wildflower (a Kirkus Reviews Best Book of 2012), Temple Secrets (2015) and Trueluck Summer (2016) are Amazon and Nook #1 bestsellers.