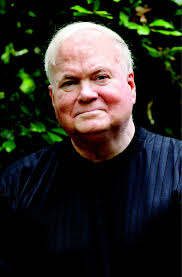 Pat Conroy at Story River Books says it is a joy to discover new Southern writers who wouldn’t otherwise have a chance to be published, and he feels a responsibility to help out. That’s good news for southern writers who are looking for a traditional publisher in the form of a small press.

Pat Conroy, as you know, is the southern author of such books as The Water Is Wide, The Great Santini, The Lords of Discipline and The Prince of Tides. But now he’s doing more than writing memorable books.

Here’s part of an article that appeared in The State newspaper in South Carolina a few months ago:

Since stepping into the role of editor at large for Story River Books last summer, best-selling author and famous Lowcountry resident Pat Conroy has found himself drowning in manuscripts. “It’s driving me nuts,” he admitted. “I despair when the mailman walks up and I see him, saggy at the shoulders, as he brings new manuscripts up to my door.”

The University of South Carolina Press’ latest imprint–named after a river on Conroy’s home of Fripp Island–was created to publish and highlight the work of fiction writers in the Palmetto State, but has since expanded to writers in the general South, Conroy said.

His job is to read and vet every work that comes in.

It’s not an enviable undertaking, but he said there is a sense of joy and responsibility in the task.

The joy of discovering new Southern writers who wouldn’t otherwise have a chance to be published, and a responsibility to help them in any way he can.

“I remember being in the exact same situation of these writers, who have manuscripts in their hands and nowhere to go,” Conroy said. “When I was starting out, I had no idea how to get published. I had no idea if what I wrote was any good.”

“These books are good,” Conroy said. “I think these books are ones that would not be published in New York today, because those people are so obsessed with the million dollar sale, the blockbuster, that they’re forgetting about books with high literary quality. I think we’re filling a gap. And I really like being a part of that.”

I love that Pat Conroy is trying to give writers of southern fiction a boost. Southern literature has a wonderful tradition with the likes of Eudora Welty, Flannery O’Connor and William Faulkner as the most obvious candidates for southern knighthood. I imagine if any of these writers tried to get published today, they would not have an easy time of it, and might even remain unknown. It is that rough out there in the publishing empire.

However, there is also some good news: Pat Conroy is reading all those manuscripts in order to try to preserve the great tradition of southern literary fiction.

Thoughts? Comments? As always, I’d love to hear from you. xo

P.S. Submission guidelines for Story River Books can be found here. Or go to: https://www.sc.edu/uscpress/microsites/storyriver/srb_submit.html

Susan Gabriel is the acclaimed author of The Secret Sense of Wildflower (named a Best Book of 2012 by Kirkus Reviews) as well as Temple Secrets and five other books. She lives in the mountains of North Carolina.