Not My First Rodeo, But Still 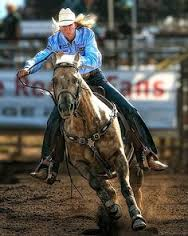 When my first novel Seeking Sara Summers came out of the chute, I was terrified. I don’t think I slept for six months after it debuted in August of 2008. Like many first-time authors I was worried that nobody would like it, the reviews would be horrible, and that this book I’d poured my heart into would be launched and land with a dull thud. Thankfully, none of that happened and it is still selling well six years later.

During those early months of terror, I also started this blog, not having a clue about what I might have to say. Turns out I have plenty to say.

One of the things I know for sure is that anytime we creative folks put something we’ve created out into the world–especially the first time–it requires a tremendous amount of courage. Courage, as well as belief, that the paintings, poems, blog posts or southern short stories are good enough to be out in the world. We creative types are good at imagining the worst, so the possibility of failure is everywhere. Most of the time, those things we fear don’t actually happen.

Last week, you may have noticed (via this blog) that I have a new ebook out. It’s a collection of eight short 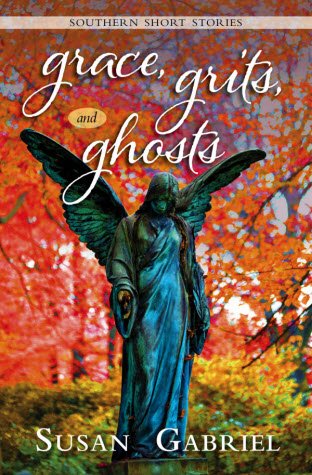 stories called Grace, Grits and Ghosts: Southern Short Stories. I’ve written these stories over the last decade. Some are humorous; some are serious; some are a little of both. All are set in the southeastern United States (where I grew up and still live), hence the “southern” element. This is my 6th book that’s made its way out into the world. The 7th, Temple Secrets, a full-length novel, will come out next month. If you want to, you can think of these short stories as the appetizer before the main course.

So, it’s not my first rodeo, as the cliche goes. (Sometimes we DO use cliches!)

Am I terrified to have two more books coming out? No, not really. I certainly hope that readers will like Grace, Grits and Ghosts, as well as Temple Secrets. More than that I hope they find them! Thousands of books come out every year, so that isn’t always a given.

However, I know I’ve done my best on every book I’ve written. I am always upping my game and continuing to learn the writing craft. My goal is to tell a really good story (in the case of short stories, eight of them) and to entertain readers. To complete the circle between writer and reader, you’ll have to tell me if I’ve accomplished that.

For me, the most courageous part of the process comes now. It’s the part where I ask you to consider reading it. It isn’t an expensive book, or a very long one, but if you want to get to know who I am as a person, as an artist, you’ll get a lot of clues. And if you do decide to come to the rodeo, please let me know which story you enjoyed the most. I’m easy to find. I’m right here. xo

P.S. Thoughts? Questions? I’ll answer personally. But if you’re feeling a little shy and don’t want to comment, please consider posting a link to this blog post on your favorite social media platform.

P.P.S. Here’s the book description for Grace, Grits and Ghosts:

This delightful collection of short stories from acclaimed writer, Susan Gabriel (The Secret Sense of Wildflower, a Best Book of 2012 by Kirkus Reviews), is rich in humor, as well as mystery and meaning.

Whether white or black, living or dead, down home country or upscale urban, Gabriel’s characters are quirky, poignant and deep. They include: A Gullah woman using folk magic to cast her latest spell. A girl coming-of-age dealing with death in 1940s Tennessee. A wealthy Savannah matriarch with gastrointestinal issues guarding family secrets. A good ol’ boy observing himself shortly after his death. An agoraphobic woman striking up a unique friendship with the girl across the street. And a band of seventy-year-olds finding healing in a mountain stream.

Written in the tradition of Flannery O’Connor and Eudora Welty, the eight short stories in Grace, Grits and Ghosts: Southern Short Stories are all rooted in the southern landscape, from the steamy coast of Georgia, to the current day Atlanta suburbs, to the ancient Appalachian Mountains of North Carolina.

Pull up a rocker on the front porch, take a sip of your sweet iced tea and lose yourself in these original stories of soulful southerners and their sultry landscape.

The Grace, Grits, and Ghosts ebook is available at your favorite online retailer, Amazon, Nook (bn.com), Kobo and Google Play.