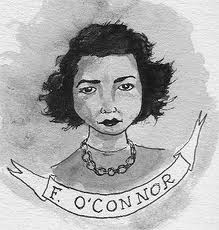 Abandoned houses, eccentric relatives, murderers, rapists and preachers all show up in Southern Gothic Novels. These tales often contain flawed, bigger-than-life characters. Characters who are quirky, intense, and often commit a necessary sin to set them firmly on the path to seeking redemption. Or not. 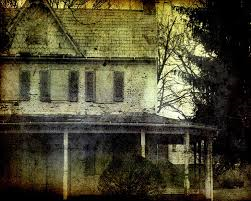 Southern Gothic Novels are packed with mystery, all the while rooted in the landscape. In southern gothic novels the South is itself a character that is haunted by the past. Ghosts show up to remind us of our need to transform our history.

When asked about the grotesque [or the gothic element] in southern fiction, southern writer Flannery O’Connor had this to say:

“Whenever I’m asked why Southern writers particularly have a penchant for writing about freaks, I say it is because we are still able to recognize one. To be able to recognize a freak, you have to have some conception of the whole man, and in the South the general conception of man is still, in the main, theological. That is a large statement, and it is dangerous to make it, for almost anything you say about Southern belief can be denied in the next breath with equal propriety. But approaching the subject from the standpoint of the writer, I think it is safe to say that while the South is hardly Christ-centered, it is most certainly Christ-haunted. The Southerner, who isn’t convinced of it, is very much afraid that he may have been formed in the image and likeness of God. Ghosts can be very fierce and instructive. They cast strange shadows, particularly in our literature. In any case, it is when the freak can be sensed as a figure for our essential displacement that he attains some depth in literature.”

Here are the names of 20 novels and short story collections (in no particular order) of the 94 listed on goodreads as the Best Southern Gothic Literature. Maybe you’ve heard of some of them.

I hope you know more about Southern Gothic Novels now than when you first started reading. Are some of your favorite books on this list or are there any you would add? I welcome your thoughts and comments.

Thanks for reading! xo

P.S. I’m an ex-shrink who writes novels. Check out my books here.