As a southern writer who has revered and admired Harper Lee for decades and considers her classic, To Kill a Mockingbird, one of the best southern novels of all time, I will not be reading Go Set a Watchman, the just published second novel by Lee.

A few months ago, I wrote a blog post about how excited I was that a new manuscript had been found written by Harper Lee. Like many, I thought this was the best literary news of the century. Then pretty quickly, new information came to light. Miss Lee’s lawyer was the one who found the manuscript, after Harper Lee had already moved to an assisted living facility in Monroe, Alabama. Reports that she was nearly deaf and blind and a bit wobbly of mind and body, which most of us would be at 89 years of age, began to surface.

Fast forward a few months and the president of HarperCollins shows up at the assisted living facility to give Harper the first copy of Go Set a Watchman, allowing for a perfect photo op of Harper Lee smiling at the cameras, the ‘found’ book in hand.

On July 14, 2015, Go Set a Watchman was released to the world and the reviews are coming in. They’re not good. But still I’ve been debating if I ‘should’ read it. Friends are asking if I will. Like many readers, I want to experience more of Harper Lee’s talent and her fine storytelling. But I’ve ultimately decided that I won’t read the book, and here are my 10 Reasons Why:

1. No writer I know would ever want an early draft of one of their novels published. No way. Never. Writers have been known to create bonfires in order to burn early drafts. Really big bonfires. In fact, this 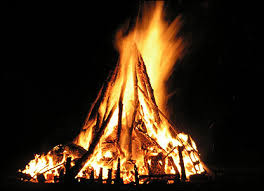 is probably why shredders were invented. Perhaps it was summer and some mechanically-minded writer, who had a stack of early drafts, didn’t want to build a fire, so he or she built a shredder instead. Early drafts of novels are like diaries that you hope no one ever sees because they reveal too much. They are full of mistakes and dullness and undeveloped ideas and under-developed plot lines. This is why prominent reviewers are calling Go Set a Watchman a “mess.” Ouch.

2. Harper Lee was intensely private. Famously private. She was a literary celebrity. Everybody wanted something from her. A decade or so ago a neighbor published a book about her and she never spoke to them again. Why would she become less private in the last year? Why would she now allow people to get a piece of her? And an untidy piece, at that. This makes no sense to me.

3. This is not a “new” book. She did not write another book after she won the Pulitzer Prize for To Kill a Mockingbird. I imagine she knew she couldn’t top what she’d already done. This is an early draft of Mockingbird. A draft that her editor rejected because it wasn’t good enough to publish. The editor then suggested she write the story from the point of view of a young girl. a.k.a. Scout. Sometimes editors and agents offer really GREAT advice. This advice changed her destiny.

4. Her older sister was known as her “protector,” which implies to me that Harper Lee wasn’t that great at saying ‘no,’ and her sister was much better at it. Her sister died a couple of years ago and I wonder if this book is now published because her sister wasn’t there to say ‘no’ for her. Her lawyer evidently didn’t see the need to protect her when she ‘found’ the manuscript in Harper Lee’s empty house. Does anybody know how much she is getting as a finder’s fee?

5. First novels are notoriously autobiographical. As someone who has edited a lot of first novels, trust me, this is true. Writers are usually working through their issues in their first novels. Go Set a Watchman is a snapshot of Harper Lee’s struggles at that time, as a young woman in her mid-twenties. Do you remember yourself at that age? Would you want your unrevised, naive thoughts to go in a novel that millions of people will read as your long-awaited NEXT book? I honestly don’t know of anybody who would, unless it was Donald Trump.

6. Writers, especially novelists, change things in a book through many drafts. Sometimes dozens of drafts. We change things even in the galleys, our last look at it before the book goes to print. Manuscripts are constantly evolving and (hopefully) getting better. Harper Lee did not revise any of this book. She wrote this early draft in the 1950s. She didn’t read the galleys last spring. She has no idea what’s in there. No writer does that unless convinced or coerced into thinking it is something of value in its raw form. 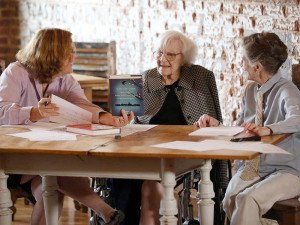 7. In the current publishing empire, it is common knowledge that “the bottom line” is all that matters. Profit and loss statements are created for every book published, and if they’re not guaranteed to make a certain amount of money, they are dropped. If Harper Lee had been an unknown writer who sent in this manuscript of an early draft I’m guessing she would have been rejected many times, and the manuscript deemed unsellable. The professional reviews I’ve seen call it a mess and uneven. That “mess” became something great. It became To Kill a Mockingbird.

All early drafts of first novels are a “mess.” That’s why writers rewrite and revise for years. That’s how self-publishing got a bad name, because of all the writers who put their messes out there without taking the time to rewrite and let the novel evolve.

8. Harper Lee’s legacy has been changed forever. A legacy she and her sister closely guarded until recently. If I read the book aren’t I giving the publishing empire exactly what they set out to get–my dollars? If they really have the best of intentions, why not donate all the proceeds of the book to fight illiteracy or world hunger?

9. Conscientious authors think of their readers above all else. They are out to write the best story they can because readers are out there waiting for them. Harper Lee has had legions of readers waiting for a really long time. If she were able to consider her readers, she would make sure it was as great a story as To Kill a Mockingbird. She would take the time to go in and rewrite and take it up a notch or two or three and make sure she delivered. Because of age, or for whatever reason, she wasn’t able to do that. Steps were skipped. Other people made decisions that she couldn’t make for herself. Forgive me, but I don’t trust these other people.

10. Finally, the tenth reason why I won’t be reading Go Set a Watchman: I don’t think Harper Lee would really want me to.

Well, that’s my 2 cents. What do you think? Have you read the novel yet? I welcome your thoughts. xo

Susan Gabriel is the acclaimed southern author of The Secret Sense of Wildflower (named a Best Book of 2012 by Kirkus Reviews) and other southern novels, including Temple Secrets, Grace, Grits and Ghosts: Southern Short Stories and others. She lives in the mountains of North Carolina.