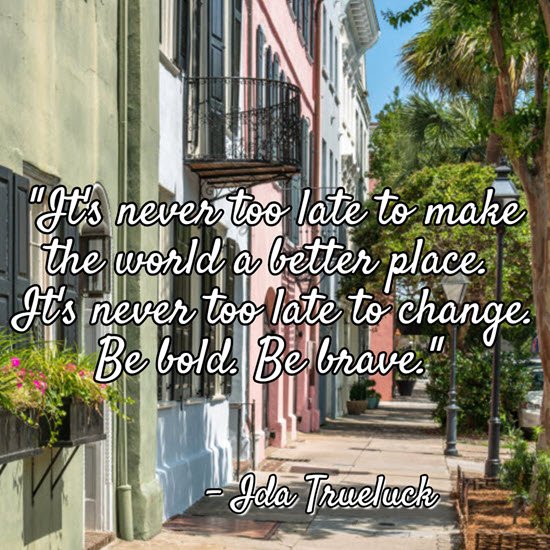 Trueluck Summer takes place in 1964 in the beautiful city of Charleston, South Carolina. A city I lived in for 14 years. I wrote this novel over a span of a decade in between other stories and was inspired to finish it in the summer of 2015 after the heartbreaking events in which nine African Americans were killed during a Bible study at the Emanuel African Methodist Episcopal Church.

The co-heroine of the story is Ida Trueluck, a seventy-year old grandmother who surprises herself by finally having the courage to act on what she believes in. Ida shares the storytelling with her 12-year-old granddaughter Trudy, as they take turns narrating chapters.

Together, they tell a sort of coming-of-age tale. Ida coming into her old age with a brand new boldness, and Trudy coming into the beginnings of young adulthood with her own bold passion.

Trueluck Summer was not only my way of honoring the Lowcountry—the sights, sounds and resilience of that beautiful region—but also my way of trying to counter the racism I witnessed growing up in the South. (Racism is everywhere, not just in the South, obviously. This is just where I grew up and still live.)

As Ida would say, it’s never too late to try to right the wrongs we’ve witnessed. In fact, it may be the most important thing we ever do.

I’d love to read in the comments about someone being brave in a way that made an impression on you. Or maybe it was YOUR own bravery!

May we all be as courageous as sweet Ida.