Announcing Lily’s Song: Sequel to The Secret Sense of Wildflower 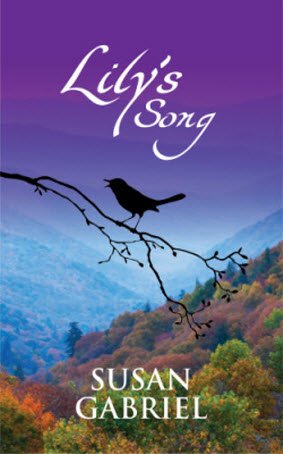 Did you enjoy The Secret Sense of Wildflower?

Do you want to know more of the story?

Lily’s Song, the sequel to The Secret Sense of Wildflower, is now available!

To release a novel out into the world (this time the sequel to The Secret Sense of Wildflower) is a joyful and terrifying act. There are few moments in my profession that are as big. The story I’ve labored at for over a year, in the privacy of my imagination, is suddenly out there, launched like one of my children into college, not knowing if she will struggle or excel.

However, book children never come home again. They don’t write letters or emails telling me how they are. They live a life I can only imagine, sitting on nightstands, read on commuter trains, in bed, in a favorite chair, on ipads, iphones, kindles, nooks and the still-popular paperback (audiobook is in production). My hope is that Lily’s Song (the sequel to The Secret Sense of Wildflower, although it can also stand alone) is not only entertaining, but satisfying. And if you honor me by reading the story, I hope you’ll email me (susan@susangabriel.com) and let me know your thoughts.

A mother’s secrets, a daughter’s dream, and a family’s loyalty are masterfully interwoven in this much anticipated sequel to Amazon #1 bestseller The Secret Sense of Wildflower.

Wildflower’ McAllister’s daughter, Lily, now 14, struggles with her mother’s reluctance to tell her who her father is. When a stranger appears on the family doorstep, drunk and evoking ghosts from the past, it threatens to break the close-knit McAllister family apart.

Meanwhile, Wildflower has a deep secret of her own. When Lily discovers it by accident, it changes everything she thought she knew about her mother. The events that follow silence the singing she dreamed of sharing with the world.

With her signature metaphors, Gabriel weaves a compelling tale that captures the resilience and strength of both mother and daughter, as secrets revealed test their strong bond and ultimately change their lives forever.

Set in 1956 southern Appalachia, Lily’s Song stands on its own, and readers who are new to Gabriel will be drawn into the world she so skillfully depicts. As a sequel, it will captivate fans of The Secret Sense of Wildflower (a Kirkus Reviews Best Book of 2012), who have eagerly awaited more.

Excerpt from the Acknowledgments:

A special thank you to the treasured readers who told me through emails or reviews that they loved The Secret Sense of Wildflower and were sorry when the book ended. They wanted to hear more of Wildflower’s story and more about the McAllister family and Katy’s Ridge. I listened, and thought of them often as I wrote Lily’s Song.

Excerpt from the Dear Reader letter in the back of the book:

Since it had been years since I’d worked on The Secret Sense of Wildflower (fourteen years since I wrote the first draft; four years since it was published), I had to read it again and take notes on characters and dates and details in order to write Lily’s Song. But then once I sat to write it, the story started playing out in my imagination very naturally, as if I’d never left Katy’s Ridge. I felt like I knew Lily personally, even though I’d never imagined her before. She was Wildflower’s daughter, after all, and I had loved Wildflower for years, as well as her family. So it felt, in a way, like a family reunion, where I got to catch up with everybody I hadn’t seen for a while.

With Lily’s Song, I tried to create the best story I could offer you. I also wanted the story to encourage you to sing your own song, in whatever way that might mean. It doesn’t matter where you come from or what’s in your past, we all have something good to give the world.

Go here for a 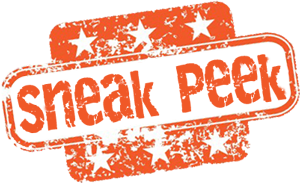 It can also be ordered at any brick and mortar bookstore.