Images ignite the imagination, especially images of wildlife photography. These photographs were taken in 1998 by Tippi Degre’s parents, so you may have seen them before. (Thanks to my friend Terry Nickelson who sent them to me.)

How would our lives be different today if we’d had a childhood like this?

Born in Africa to French wildlife photographer parents, Tippi Degre had a most unusual childhood. The young girl grew up in the African desert and developed an uncommon bond with many untamed animals including a 28-year old African elephant named Abu, a leopard nicknamed J&B, lion cubs, giraffes, an ostrich, a mongoose, crocodiles, a baby zebra, a cheetah, giant bullfrogs, and even a snake. Africa was her home for many years and Tippi became friends with the ferocious animals and tribes people of Namibia. As a young child, the French girl said, I don’t have friends here. Because I never see children. So the animals are my friends. 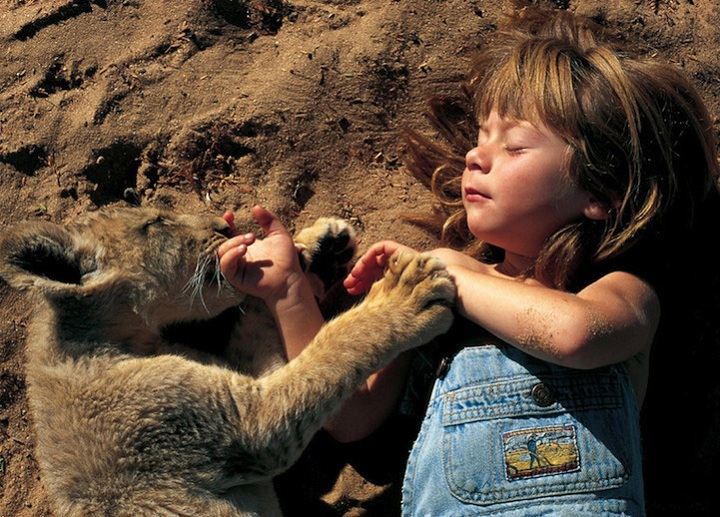 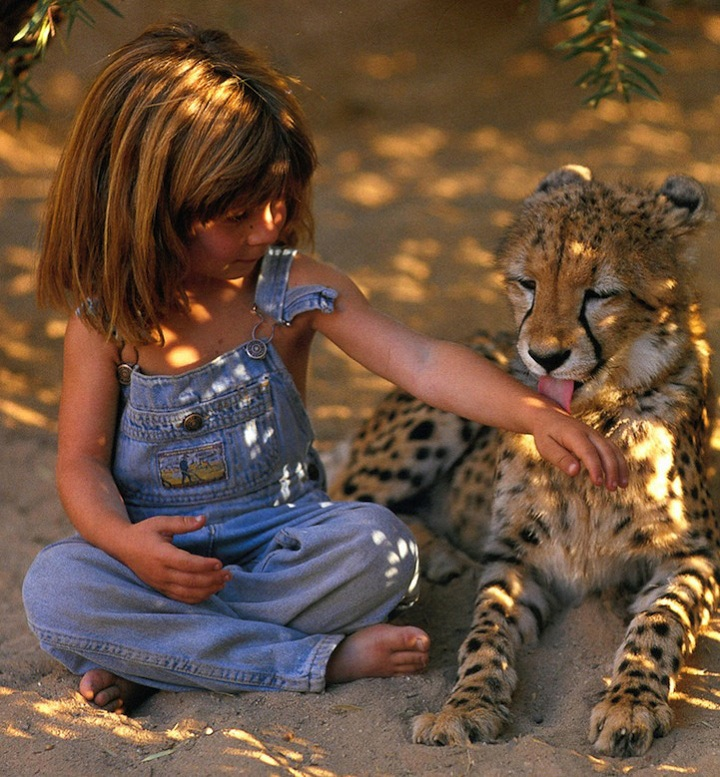 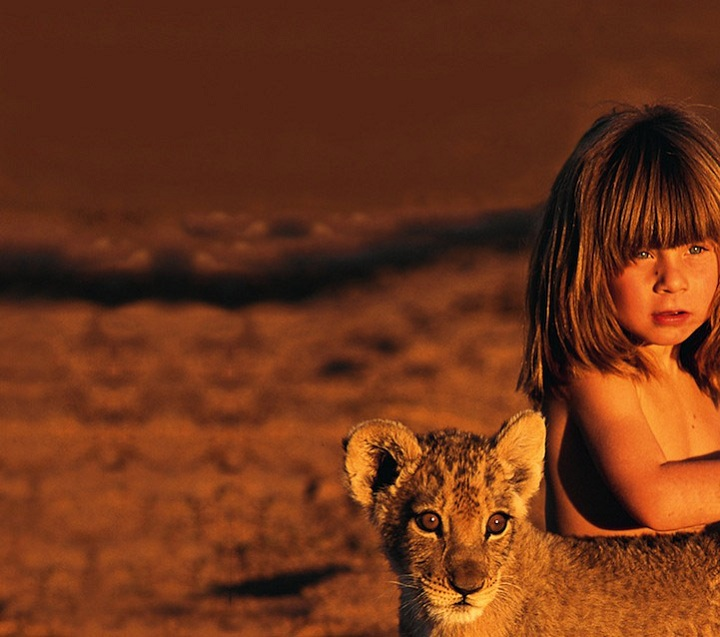 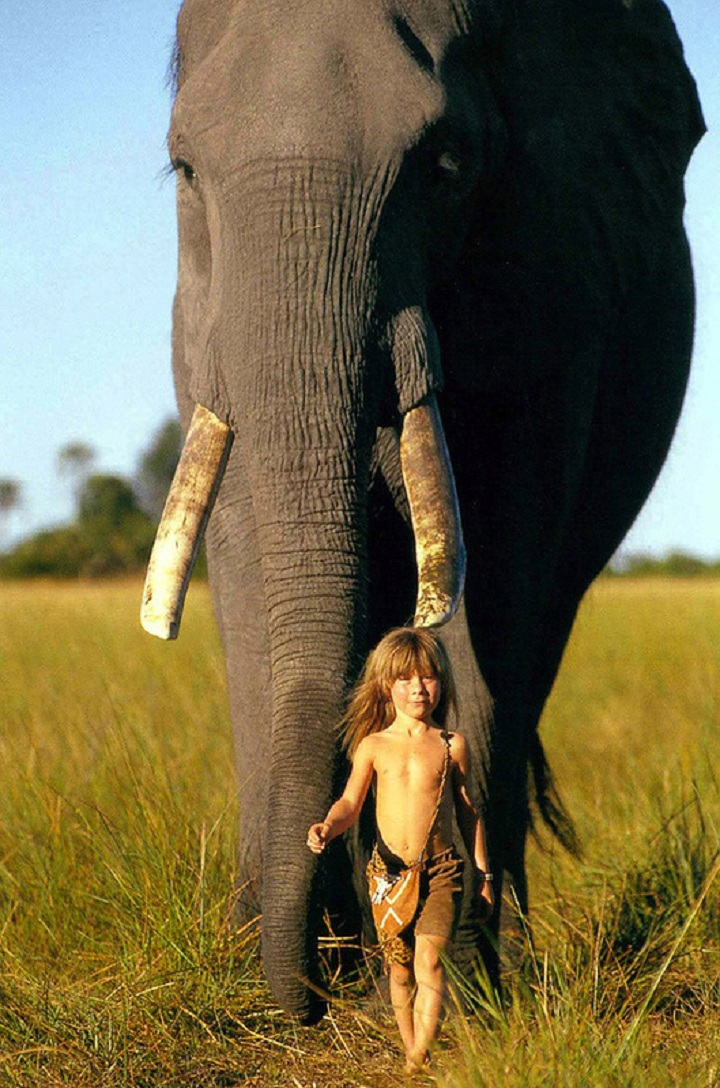 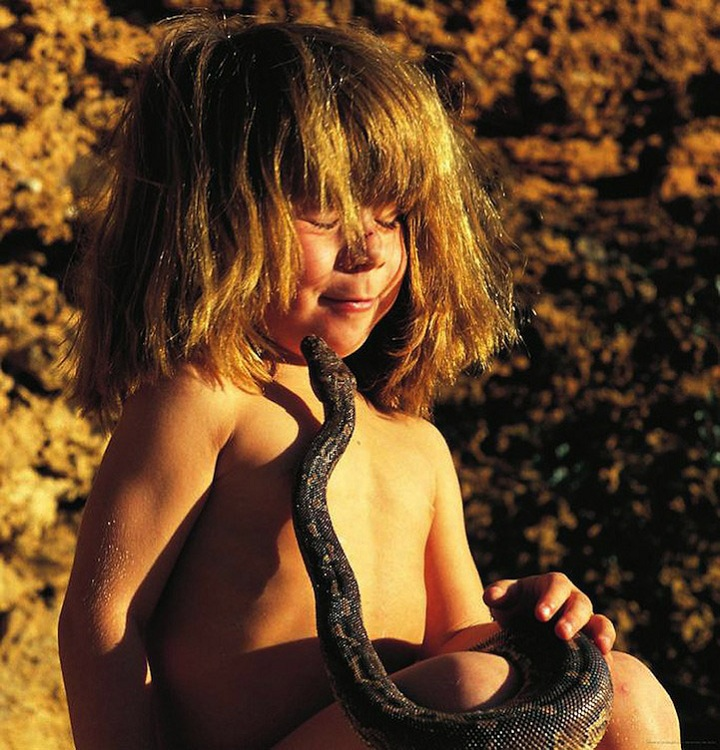 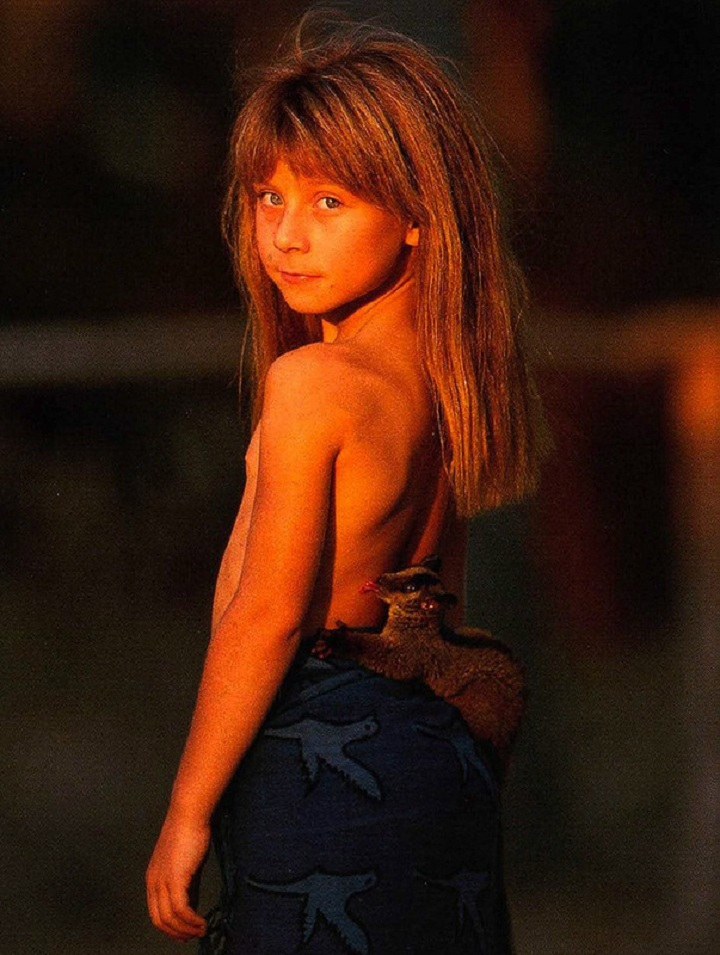 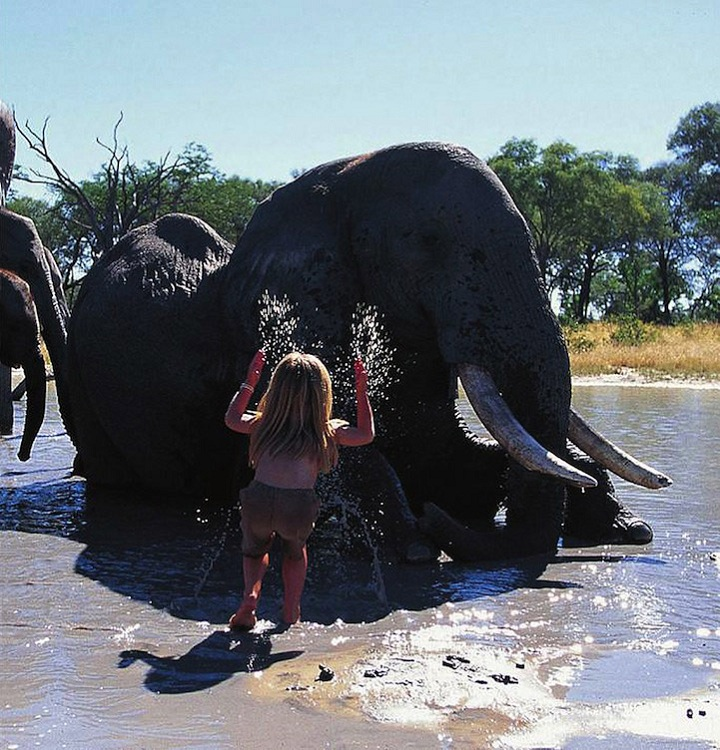 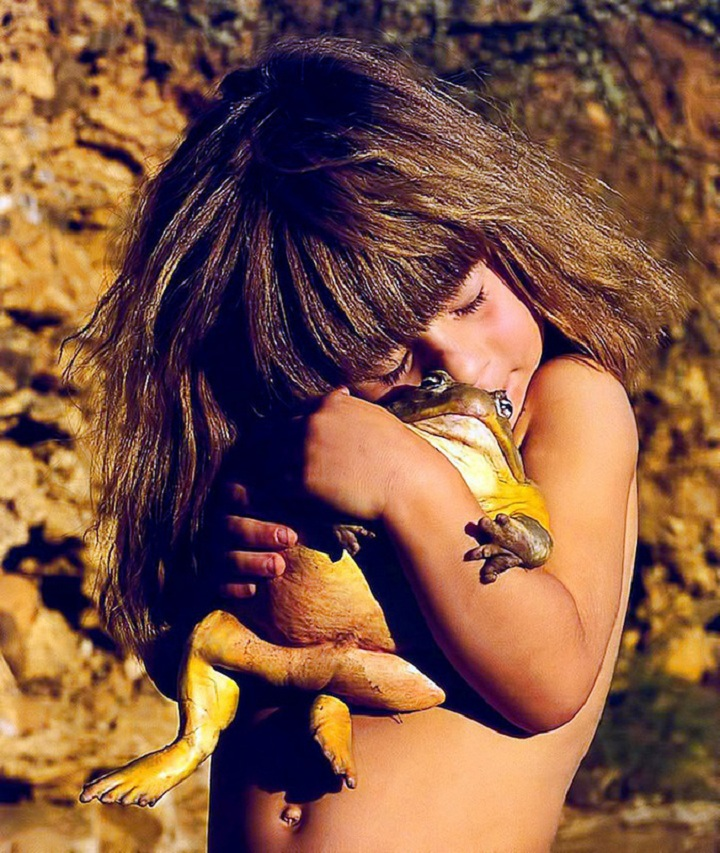 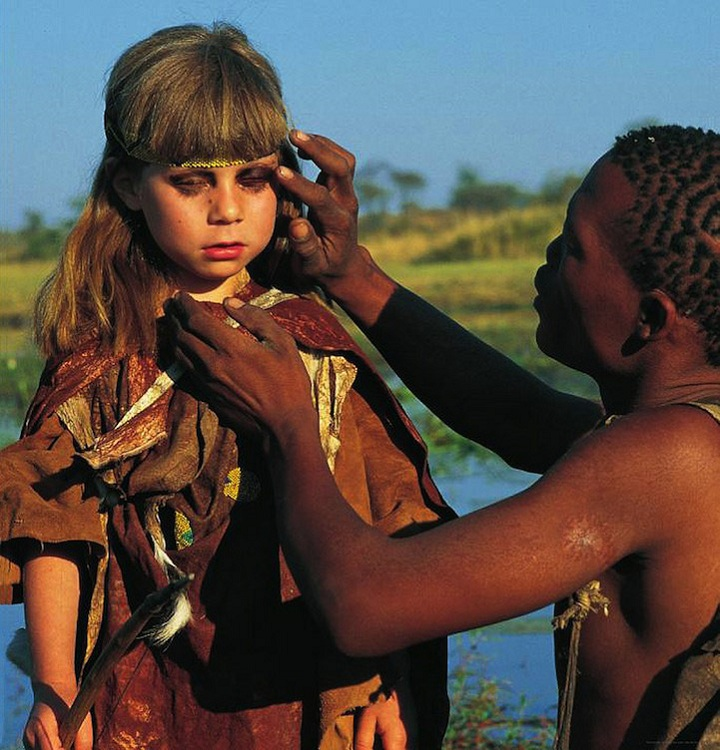 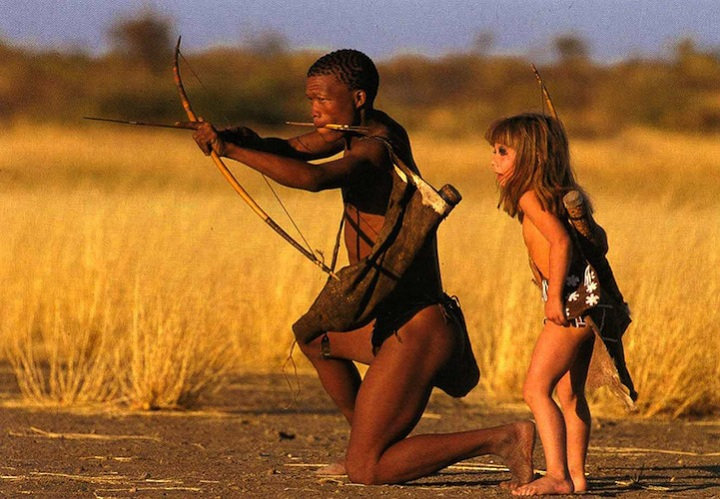 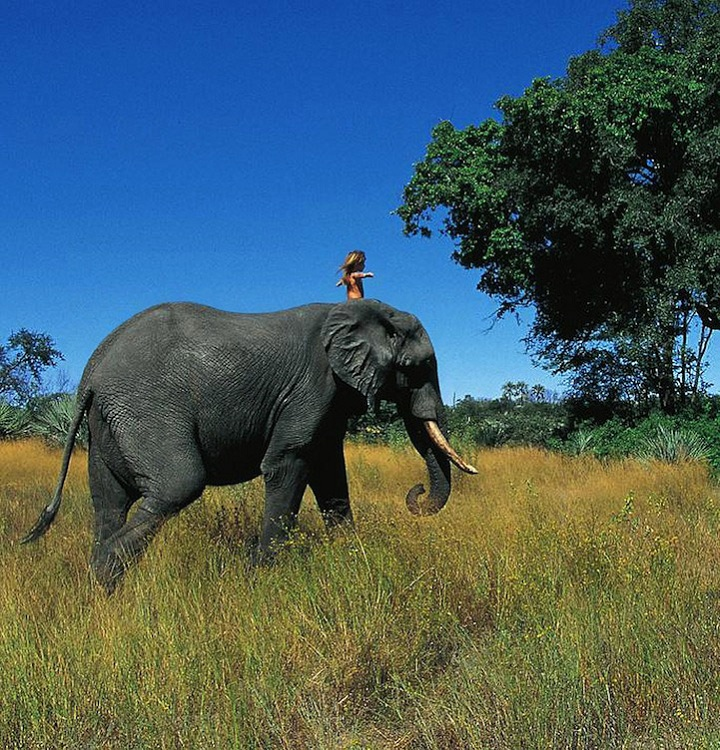 Tippi was born in 1990 in Namibia, where her parents, Alain Degre and Sylvie Robert, worked as freelance wildlife photographers. …

What Tippi has done since these were taken:

Tippi later moved with her parents to Madagascar and then to France, where she became a celebrity. A book of her adventures (Tippi of Africa, ISBN 978-1-86872-083-5) was published and translated in several languages. My Book of Africa (ISBN 9781770070295) is a bestselling novel of Tippi’s adventurous life in Namibia. She also set up a website, and returned to Africa to make six nature documentaries for the Discovery Channel.

In Paris, Tippi attended a local state school for the first two years, but was then homeschooled because she was found to have little in common with the other children in Paris. She is now studying cinema at la Sorbonne Nouvelle University in Paris.

She also reminds me of Mowgli in Rudyard Kipling’s, The Jungle Book, and even a little bit of my dear Wildflower.

Do you have a favorite photograph? Thoughts? Questions?

Please post your comments below. I love hearing from you.

You can also visit me here: www.susangabriel.com